Bill Morelli is a retired Executive Vice President and General Counsel for a large, family-owned, private company and has over 30 years of corporate counsel experience–the last 23 of which have been in senior executive and legal positions in a private company setting.  Bill understands the differences in private company culture and the approach these differences require when dealing with compliance issues, executive interaction and family owner dynamics.  He also understands the need to tailor programs for a particular corporate culture while maintaining the highest standard of legal compliance and ethical corporate behavior.

Bill can also provide coaching to new lawyers, those taking on general counsel responsibilities, and those seeking a better understanding of working within a large family business with its unique set of opportunities and challenges. 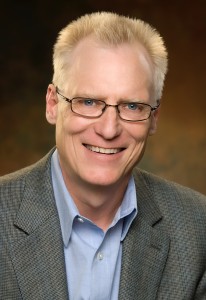 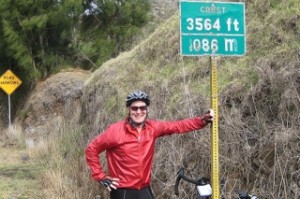 Bill Morelli is an experienced former senior executive and general counsel who brings insights into the structure, management, and culture of providing legal counsel to  private, family-owned businesses of all sizes, and the unique dynamics of counseling high-wealth individuals and families.  In addition to his experience in a wide range of corporate legal responsibilities, Bill was one of three executives working with the family owners and profit center heads to provide strategic and tactical direction, and management and execution of business plans.  Bill has also provided consulting services on compliance and ethics plans with an emphasis on private companies, and has been involved throughout his career in developing and coaching corporate, in-house counsel into more responsible roles within their organizations.

Following graduation from law school in 1978, Bill went to work for Midland Enterprises, Inc., a large inland marine transportation company.  He held several legal department positions with Midland before becoming Associate General Counsel and Director of Governmental Affairs.  In 1991, Bill joined Nashville-based Ingram Barge Company, a subsidiary of Ingram Industries Inc., as General Counsel and Secretary and a member of the Board, and he because Vice President and General Counsel of Ingram Barge Company in 1994.

As part of a 1996 reorganization of Ingram Industries Inc. (which saw Ingram Micro Inc. split-off and go public).  Bill was appointed Vice President, General Counsel and Secretary of Ingram Industries.  It is one of the nation’s largest privately held companies, with diversified businesses in inland marine transportation, physical and digital content distribution, print-on-demand book manufacturing, digital education curriculum platforms, and services for public and academic libraries and publishers.  In 2003, he was named Executive Vice President, General Counsel and Secretary, a position he held until his retirement in 2014 and now serves as Senior Advisor to the Ingram family.  Bill received the Commander’s Award for Public Service from the Department of the Army for his work on the Inland Waterways Users Board, a federal advisory group which recommends to Congress and the Secretary of the Army construction and rehabilitation priorities on the inland waterway system.  He also served on the board of DINAMO, a regional waterway development group, and for ten years as Chairman of the Legislative Committee of The American Waterways Operators.

Bill was named as a 2010 Distinguished Alumnus of the University of Cincinnati College of Law and also as a 2010 and 2014 “Best of the Bar” for in-house counsel by the Nashville Business Journal.  He is past President of the Tennessee Historical Society, and he currently serves on the Society’s Board of Directors.  He also has served on the advisory panel of Athena PowerLink, a peer and mentoring program for women-owned businesses.

Bill lives in Franklin, Tennessee with his wife Cindy where they are avid cyclists.